Today we are going to look at the differences between 3 finger banjo picking and the old-time clawhammer style of banjo playing.  Bluegrass banjo is the style most associated with the three finger style of playing. 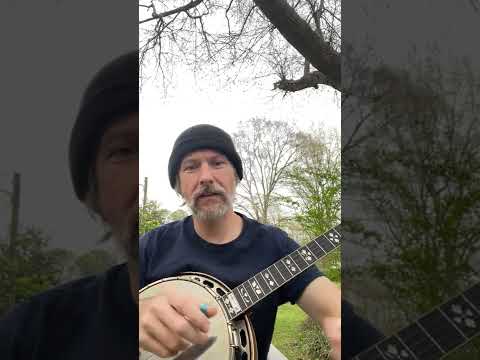 Clawhammer banjo is characterized by a downward motion of the fingers, striking with the fingernail.  Some banjo players use the index finger, some use the middle finger, others use BOTH fingers at the same time.  It is believed that this is the original way the banjo was played and predates up picking.

I find the term “clawhammer” banjo kind of amusing because an actual clawhammer enables you to PULL nails.  You are definitely not PULLING on the strings here!!  (I’d love to have been there when they came up with this stuff).

Dan Levenson’s video gives you an idea of how to do the basic clawhammer stroke:

Other words for Clawhammer Banjo include

Some people in the old-time community try to differentiate between some of these terms; however, most people will envision Clawhammer banjo playing when you use any of these words.

Pick or no Pick?

Is there a difference between the type of banjo used for clawhammer?

There’s a misunderstanding that clawhammer banjo MUST be done on an open back banjo. However, that isn’t the case, nor is it supported by the historical development of the music. Many famous old time musicians used resonator banjos, even Gibson banjos (gasp).

No, not all of those old time mountain people whipped out a pocket knife and carved a banjo out of the nearest tree stump (sorry to disappoint)…

You can play clawhammer banjo on ANY type of 5-string banjo you want. You’d just want it setup properly to make that style easier to play. This usually involves slightly heavier strings and maybe a bit higher action. Many clawhammer players use skin or hide heads to mellow out the tone.

In short, If a banjo is setup for bluegrass playing, you’ll want some setup work done on it to make it a better clawhammer banjo.

Three finger style banjo is primarily characterized by upward motions in the index and middle fingers.  However, the thumb does travel down in the opposite direction.

Here is yours truly playing 3-finger style bluegrass banjo picking on the standard “Roll In my Sweet Baby’s Arms.” 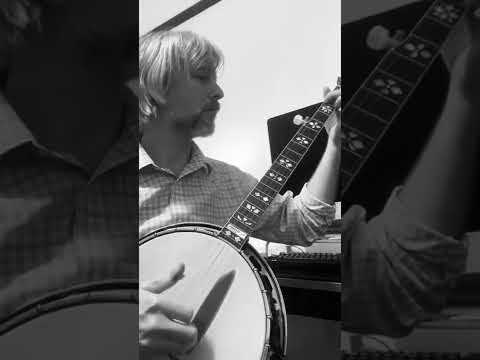 If you go to a jam and see banjo players playing clawhammer, rest assured you aren’t at a bluegrass jam; it’s either a folk or old-time music jam session.

Now, please, don’t become the BLUEGRASS POLICE and interrupt your local “bluegrass” jam and tell them, “You’re doing it wrong”. if someone is strumming a long on an open back…and most of all, don’t tell them you heard this here.

To pick or not to pick?

3 finger style banjo can be done with picks or without picks.  In the old days, people like Fred Van Eps didn’t use picks.  The metal fingerpicks became popular with the advent of bluegrass and Earl Scruggs.  Despite people’s tendency to get mad when this is said-If you don’t use fingerpicks, you won’t get the bluegrass sound, you’ll be playing something else.

If you need help wearing your banjo finger picks, check this out:

3-finger style does NOT have to be done on a resonator banjo.  I play 3-finger style on my open back all the time.  In addition, loads of players in the parlor era of banjo picking played without resonators.  Carroll Best is someone whose playing I admired who played 3-finger melodic style banjo on an open back.  At the same time, 99% of bluegrass banjo players use a resonator banjo.

Clawhammer predates 3-finger style and up-picking by many years. As far as we know, the original style of banjo playing as done in Africa closely resembled the down picking of clawhammer. It wasn’t until after the Civil War that we have records of the up-picking style on the banjo.

Is clawhammer easier than 3-finger style?

No, I wouldn’t say it is easier. Many take up clawhammer because they believe it’s easier. However, it’s only easier in the beginning. The longer you play and the more you try to master something, the more all of the styles kind of merge into a single level of difficulty. If it involves a banjo, it’s not “easy.”

Can I learn Clawhammer and Bluegrass at the same time?

You can, but it’s not something I recommend doing as a beginner. Wait until you’ve played one or the other for a solid year. You’ll make much faster progress with a concentrated effort.